Despite the fitness boom and improved nutrition education in recent years, various nutrition questions and myths still floating around on the internet and in everyday life, such as:

I will answer these questions in the following and refer to us as athletes.
So let’s start right away!

Many people drink green tea because they hope for a stimulated fat burning or ‚faster‘ metabolism. Two aspects that we will look at in more detail are the caffeine and antioxidants contained, as these two issues can be crucial to the metabolism.

Why is caffeine particularly interesting for us as strength athletes?

Caffeine is a psychoactive substance with a stimulating effect. Green tea with only about 30mg in a 200ml cup contains less caffeine than e.g. coffee or an energy drink. Nevertheless, this amount of caffeine can already have stimulating effects.

Caffeine not only has a direct effect on the „metabolic rate“ (1) but at the same time also increases the power output during training (2,3). Caffeine reinforces the so-called „Thermic Effect of Food“. It, therefore, causes increased heat production during the metabolism of the food into the individual components. This increases calorie consumption and indirectly promotes fat burning.

Even if an improved training performance does not directly promote fat burning, increases in strength have an influence on muscle maintenance, which during a diet is at least as essential as fat burning itself.

Why are antioxidants important to us?

The health benefits are probably the most important reason why people choose green tea. Antioxidants are often advertised. But what are these substances? Here is a small excursus:

Maybe you have heard of oxidative stress before. Oxidative stress refers to an accumulation of so-called free radicals. These are formed by the body itself or are caused by pollutants from the environment such as UV radiation, cigarette smoke or similar. Oxidative stress promotes the ageing process and is associated with various diseases of civilization. Antioxidants protect us from these so-called free radicals. A study shows that the consumption of green tea increases the concentration of antioxidants in the blood and thus possibly reduces the risk of cancer and other diseases of civilization (4,5).

EGCG is the antioxidant that accounts for about a third of the dry matter in green tea. How does EGCG work? To answer this question, I would like to be as brief as possible in order to remain comprehensible:

EGCG interferes with a certain enzyme in the body which hinders the release of the hormone noradrenaline. Noradrenalin is, as the name suggests, closely related to adrenalin. It prepares us for possible dangerous situations and activates all energy reserves available to the body, including the fat cells. When EGCG is consumed, more noradrenaline can be released and more fat cells are used to provide energy. Important here: If you now drink 3 litres of green tea a day, but still have a calorie surplus, you will not lose any fat. The daily or weekly energy balance is still crucial if you want to change your body weight.

To get back to the initial question now:

Yes, green tea can help burn fat by increasing calorie consumption. However, green tea is not a miracle cure for rapid fat loss.

Just in the last time apple vinegar was in the hype. A glass of apple vinegar in the morning should help to lose weight. But is that really true? A study shows that the daily consumption of apple vinegar over a period of 12 weeks actually led to weight loss in a test group. The test group that did not consume apple vinegar did not lose any weight (6). But: Already 4 weeks after the experiment, the test persons had reached their initial weight again.
Apple vinegar does not directly cause weight loss but supports a daily calorie deficit, which is solely responsible for a change in weight.
The vinegar provides a faster feeling of satiety or even nausea in some test persons (7,8). Due to the increased satiation, they ate less throughout the day and thus ended up with a calorie deficit.

Apple vinegar has no direct effect on fat burning, it can only tempt some people to eat less. As soon as they stopped consuming vinegar, the increased satiation was gone and the test persons ended up with their original calorie intake and gained weight again. But: Do we really want to suffer partial nausea just to get better satiety? Not really. Good news: A good feeling of satiety can also be achieved very well without having to accept possible nausea. Also, a high protein or vegetable supply or also ballast materials help with a good saturation feeling.

Yes, apple vinegar can also help you lose weight by possibly reducing your calorie intake.
Because of possible nausea, I recommend that you keep your hands off apple vinegar and concentrate on other nutritional components such as proteins, vegetables or roughage to achieve a similar effect.

To answer this question, we look at some studies that have investigated this issue:

One study shows that within 12 weeks of wheat consumption, liver fat increased significantly and could lead to so-called non-alcoholic fatty liver diseases over a longer period of time. The consumption of whole grains, on the other hand, resulted in the liver remaining completely healthy (9). Other studies also show that whole grain reduces the risk of liver cancer and many civilization diseases (10). Another study, however, sharply criticised the previous studies:

It states that although in previous studies there was a correlation between wheat and, for example, the development of diseases of civilization, there was no causal connection. Wheat products alone are not responsible for the development of such diseases or even death. In the previous studies, it was much more the entire dietary habits of the test persons that were to blame for the results of the studies. It is thus criticized that wheat products were not regarded isolated. Poor eating habits such as excessive consumption of processed meat, sugar and fatty dairy products were probably the cause of many diseases (11).

What can we sum up?

Wheat products alone do not increase the risk of cancer or various diseases of civilization (12). Whole grain products, however, contain more fibre than wheat products and are therefore called ‚healthier‘. Nevertheless, wheat has definitely not earned the reputation of being a ‚devil‘. The main risk carrier for civilization diseases is an unhealthy diet. So concentrate on a healthy and balanced diet. Eat enough vegetables, healthy fats and complex carbohydrates.

Green tea contains an antioxidant called EGCG, which provides fat cells for the supply of energy. In addition, green tea contains caffeine, which increases calorie consumption in the body and thus indirectly promotes fat burning. Apple vinegar serves as an appetite inhibitor and provides a stronger feeling of satiety. This indirectly reduces calorie intake, which can lead to weight loss in some people. However, apple vinegar does not have a direct influence on fat burning. Those who stick to the basics of a diet can use green tea or apple vinegar as a supplement. Without a calorie deficit, you will unfortunately not lose weight with green tea or apple vinegar. Therefore concentrate on your daily calorie deficit. Whole grain products contain more fibre than wheat. Nevertheless, wheat is not unhealthy. A generally unhealthy diet is the cause of many diseases, not wheat. I hope you were able to take some new information with you and use it successfully in your everyday life. So I wish you a good training and a nice day! 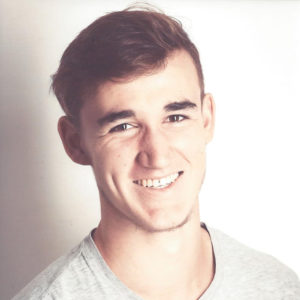 My name is Basti and I run the blog MuskelWissen! I myself have been passionately doing weight training for almost 5 years now. I would like to provide you with profound knowledge and experience on the topics of muscle building, fat burning, healthy nutrition and motivation. I do not aim for the typical transformation scheme, which is already offered to the surplus in the Internet.

My goal is it to teach you the knowledge, which you need, in order to successfully practice this sport independently one day.

It is not a matter of quickly getting the six-pack for the summer within 10 weeks. Only to not go to the sport again the whole winter. It is more about looking at the way as a goal and developing long-term fun in weight training. Who wants to have success, must be persevering. Especially in weight training.