Rubikon Model - How to defeat your weaker self

Do you want to achieve your goals? Then do something about it! Each of us has been at the decision point and asked themselves the question: „Am I going to work out or not?“

All those who have managed to overcome one’s weaker self have crossed the “ Rubicon „. The Rubicon is the „point of no return“. The expression „Rubicon“ comes from history, when Gaius Julius Caesar was faced with one of the most important decisions of his life in 49 BC. He irrevocably sent his Roman troops across the Rubicon River, which formed the border between Gallia Cisalpina and Italy. This act was the beginning of a civil war, there was no turning back.

In 1987 Heckhausen described the motivational principle of action structures in the Rubicon model developed by him. This model is divided into 4 sections.

The first section (consider) is about comparing the advantages and disadvantages of an activity (Fig.: 1). When exercising, you can exhaust yourself, exceed your limits, improve your performance, strengthen your body and improve your health. The arguments for it are against the arguments against it. Sport is exhausting, you have to pull yourself together, pack your bag and can’t watch the movie. Now it’s up to you to decide and cross the Rubicon.

Then you enter the second phase (planning Fig.: 1). All your following concept of action is only aimed at achieving your goal, planning your actions and shielding your project from other competing goals.

This is followed by the actual phase of action (act Fig.: 1). At this stage, all your attention is focused on the process of action. This phase is over when you have reached your goal.

Finally, in the evaluation phase (Fig.:1), the course of action and the result are evaluated and the results used as a basis for new goals. 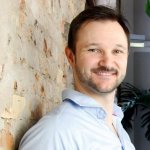 Marc graduated from the DSHS Cologne and the KIT with a master's degree in sports science. His personal trainer background and more than 14 years of training experience contribute to his expertise.

Your plan. Your workout.